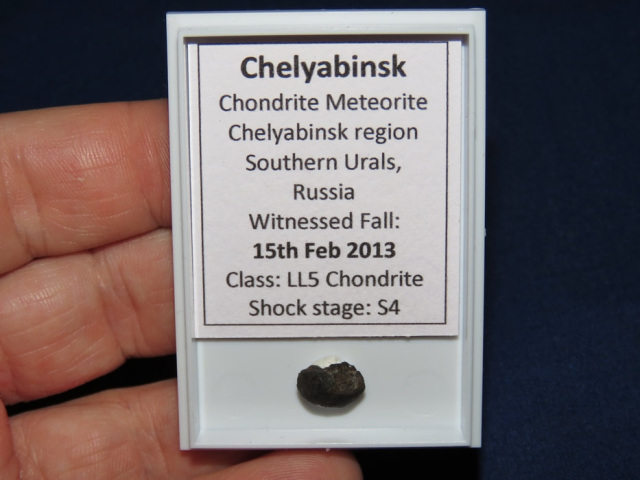 Size: 5-7mm is the average size of the meteorite

The Chelyabinsk meteorite (Russian: Челябинск or Челябинский метеорит) is the fragmented remains of the large Chelyabinsk meteor of 15 February 2013 which reached the ground after the meteor's passage through the atmosphere. The descent of the meteor, visible as a brilliant superbolide in the morning sky, caused a series of shock waves that shattered windows, damaged approximately 7,200 buildings and left 1,500 people injured. The resulting fragments were scattered over a wide area.

*These were purchased from an accredited Meteorite supplier. I can provide a COA with this item (and any other website item), so please message me or leave a comment on the sales invoice in comments section.