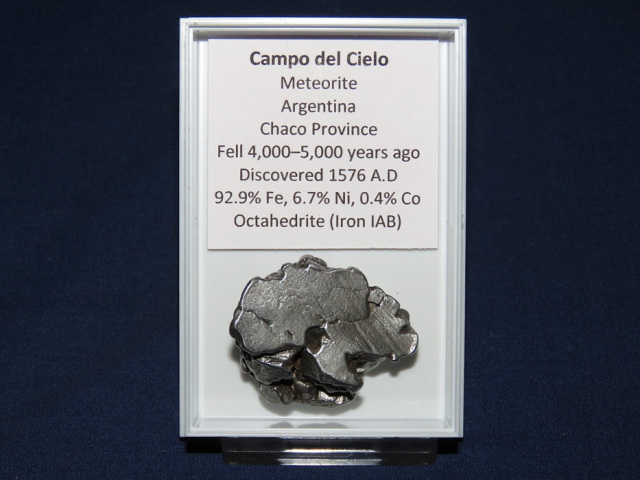 The Campo del Cielo refers to a group of iron meteorites or to the area where they were found situated on the border between the provinces of Chaco and Santiago del Estero, 1,000 kilometres (620 miles) northwest of Buenos Aires, Argentina. The craters' age is estimated as 4,000-5,000 years. The craters, containing iron masses, were reported in 1576, but were already well known to the aboriginal inhabitants of the area.

These have been given a light coat of sewing machine oil which prevents rust and keeps moisture out. Keeping them in a dry place is the best thing and they will last a lifetime and more!  You can routinely do the same with water displacement spray, or sewing machine oil.