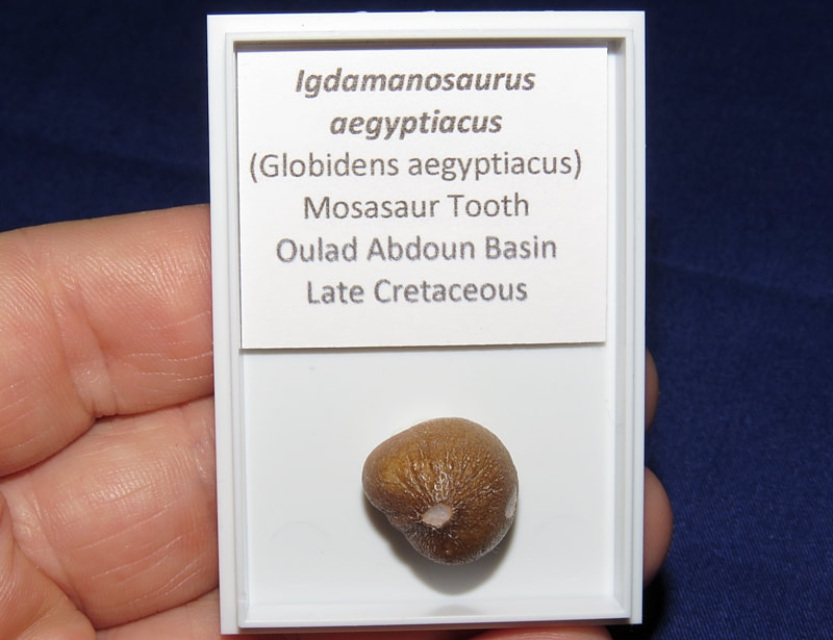 Igdamanosaurus (Globidens) was 6 m (20 ft) in length, its appearance was very much like other Mosasaurs. However, the teeth of Globidens were vastly different from other Mosasaurs, as they were globular, as suggested in its generic name. Globidens, unlike most other Mosasaurs, had semi spherical teeth with rounded nubbin-like points, which were much better suited for crushing tough armoured prey like small turtles, ammonites, nautili, and bivalves. Like its larger relative, Mosasaurus, Globidens had a robustly built skull with tightly-articulating jaws. These are all dated to between 66-96 Million years old and are from the Khouribgan Phosphate mines, Morocco, North Africa.

Gift-box measures 6.0cm x 4.0cm and is very high quality, deluxe and attractive! All the teeth have actual wear and tear from feeding and some from fossilisation. Boxed and labelled as below, you get the exact tooth in the picture.