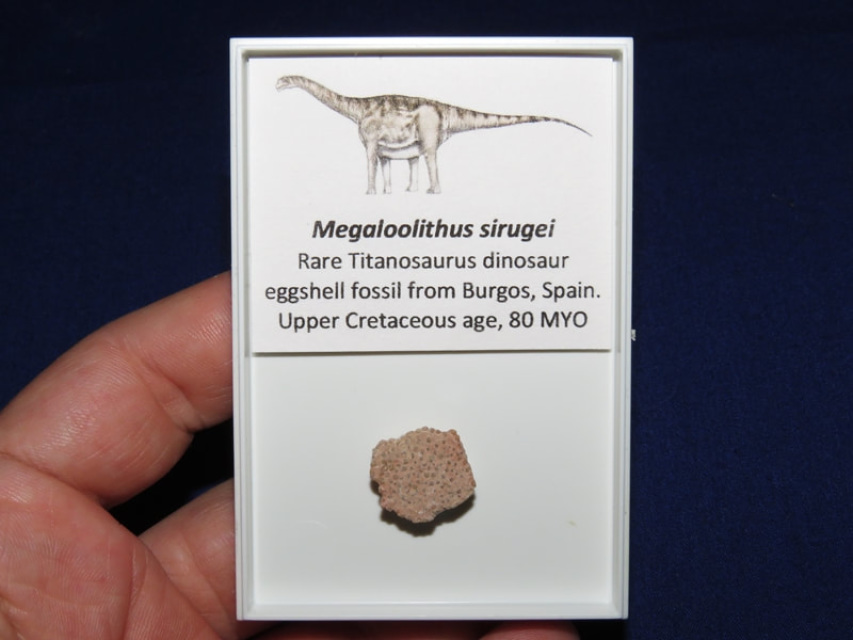 Sold out
SKU:
Add to Cart

A rarely available dinosaur eggshell from the Spanish Cretaceous dinosaur beds. Most often when a species is known it has a name and its well researched. However, although this shell comes from a Titanosaurid dinosaur, no one has yet identified which one, because it is rare in this region. When bones are not a reliable way of identification, but trace fossils of dinosaur eggshell are available, then its a common practice for the actual eggshell to be given the taxonomic name. In this case Megaloolithus sirugei describes the actual fossil itself as little is known about the creature that created it. One day we will have a name, but in the meantime I will let the egg doing the talking.